Eriksen fell to the ground near the sideline late in the first half and was immediately surrounded by medical personnel. 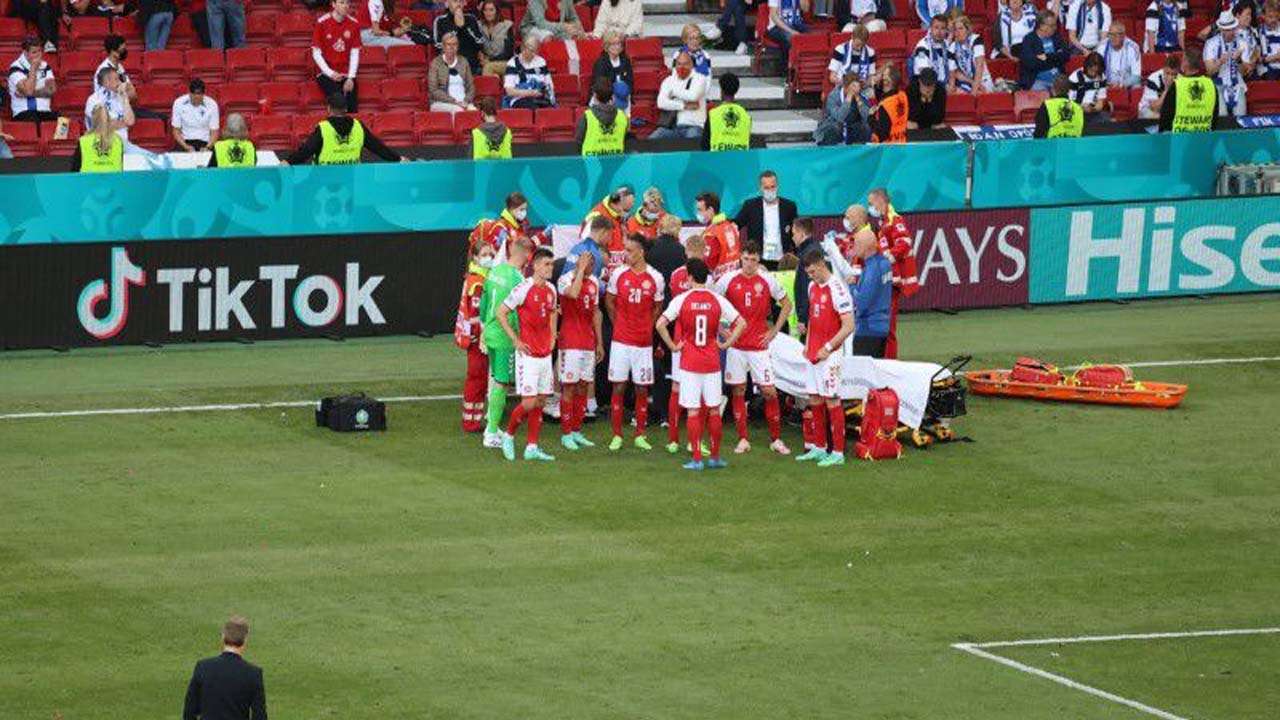 Denmark midfielder Christian Eriksen collapsed while playing and had to be given chest compressions on the field during a European Championship game against Finland on Saturday. Eriksen fell to the ground near the sideline late in the first half and was immediately surrounded by medical personnel.

Eriksen collapsed suddenly while running near the left touchline. Danish players were in tears as medical staff tried to revive the Inter Milan player, who suddenly collapsed near the touchline. His teammates formed a shielding wall around him to give him privacy as the medics treated him.

“The UEFA EURO 2020 match in Copenhagen has been suspended due to a medical emergency,” UEFA said in a short statement.

The previously raucous crowd at the Parken Stadium in the Danish capital went silent after the 29-year-old fell to the ground near the end of the opening period.

After around 15 minutes, Eriksen was stretchered off the field with officials holding up sheets to hide the stricken player from view. Both teams also subsequently left the field.

The fans in the stadium, who were celebrating the chance to see their national team again live at the stadium, sat silently in their seats, waiting for news of Eriksen’s condition to filter through.

Realme Hair Dryer, Realme Beard Trimmer Plus, Realme Buds 2 Neo to launch right this moment at 12.30 pm in India: The right way to watch it reside